Lufthansa Ahead Of Schedule

Lufthansa has confirmed that it will introduce its newest A380 aircraft to Johannesburg six weeks ahead of schedule.
From September 12, the Airbus A380 will depart Frankfurt for O.R. Tambo twice weekly on Thursdays and Sundays returning to Germany on Mondays and Fridays. The remaining five days will be operated using the Boeing B747-400.The Airbus A380 has 526 seats in the best and most modern service classes offered by Lufthansa.
The completely revamped First Class, with eight generous seats on the upper deck, promotes a sense of individuality (I'll say). Business Class, with 98 seats on the upper deck, and Economy Class, with 420 seats on the main deck, provide unprecedented comfort and an impressive feeling of space. Lufthansa operate a daily non-stop service between Johannesburg and Frankfurt.
From October 26 until end of March 2011, a further daily non-stop flight from Cape Town to Frankfurt will be added to the airline’s timetable.
Source: SA Tourism Update
Posted by Southern Stroll Marketing, Design and Web Designers at 3:53 AM No comments:

It's Not Only Our Whales We Need To Care Fur 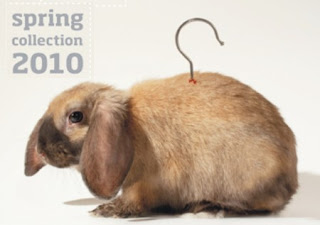 International students say no to fur at the Design Against Fur 2010 competition.

Where Are The Cape Whale Coast Whales?

In a bold and innovative manner, we at Southern Stroll Marketing have designed a competition to increase awareness and encourage holiday makers to visit the Cape Whale Coast. The competition was created to encompass the entire family, from Grand Daughter to Grand Mother.

The baby whales are up to mischief as usual and playing 'Hide and Seek'. Camo-Charlie is chasing Engine-Ernie and all mayhem is about to break loose. Visit the Cape Whale Coast website often to search for all the clues and keep an eye open for the Cape Whale Coast competition in the YOU magazine as well. Oh dear, Putting-Pat just missed a shot...
Posted by Southern Stroll Marketing, Design and Web Designers at 3:10 AM No comments: